Snakes on a Bookshelf : MicroPython for Bibliophiles¶

This article is a work-in-progress.

In this article, I’ll showcase the bookshelf LEDs that I’ve set up for the search engine. I’ll not go into too much detail here, since that will be part of a series of posts on the Shelfie project.

My photography skills leave much to be desired. I’ll have to retake some of these photographs so that I can present this project better.

I am a voracious reader. Unlike most people, I read paragraphs at a glance when I’m in the mood for it, not lines or words. That helps me read about 500-800 pages in two or three hours.

I’ve been buying a lot of books, and I read widely and across a varied set of genres.

I think I have 900 books. I am not quite sure. It is hard to count, sometimes. 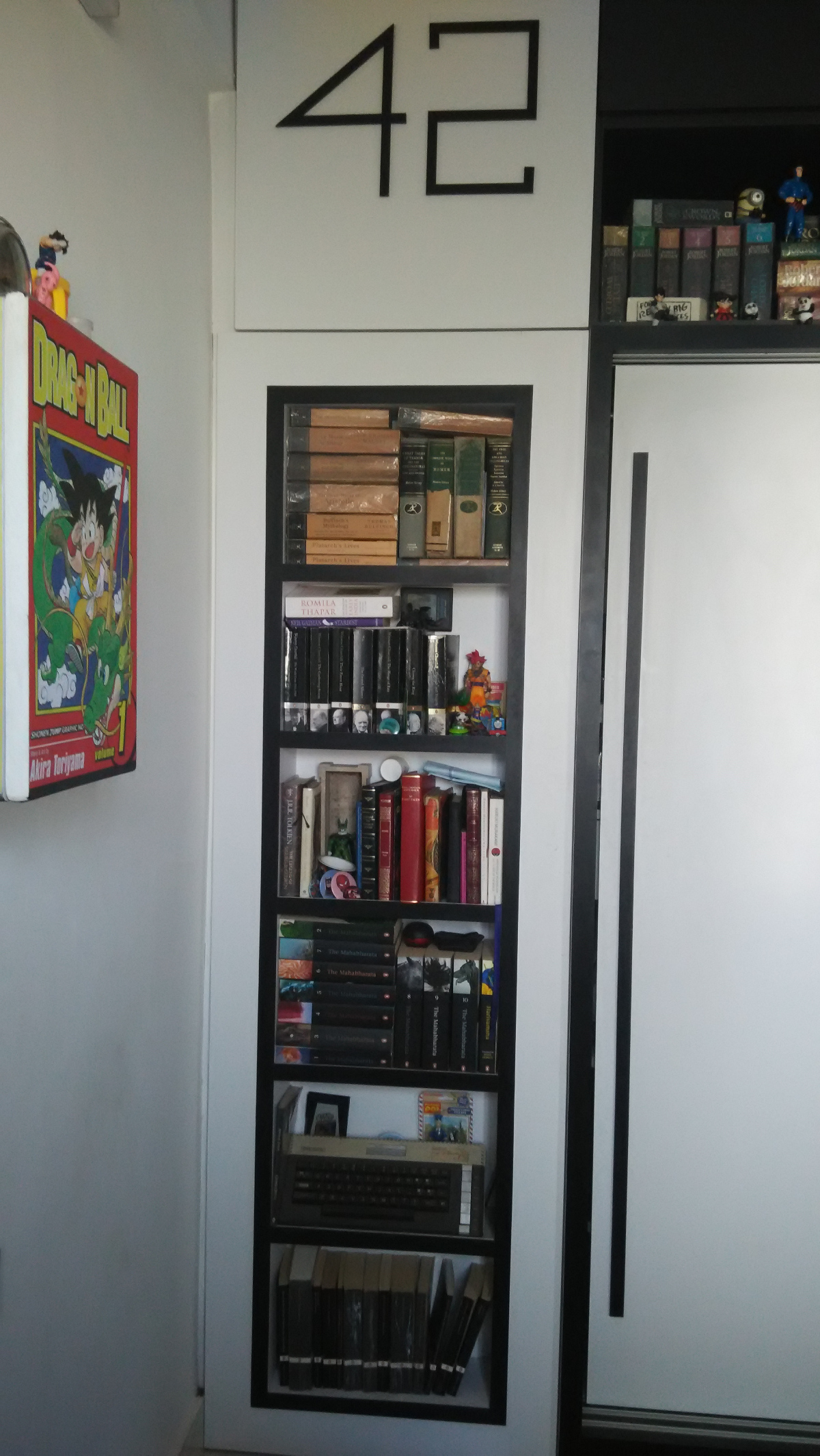 I love books. I have a lot of them. 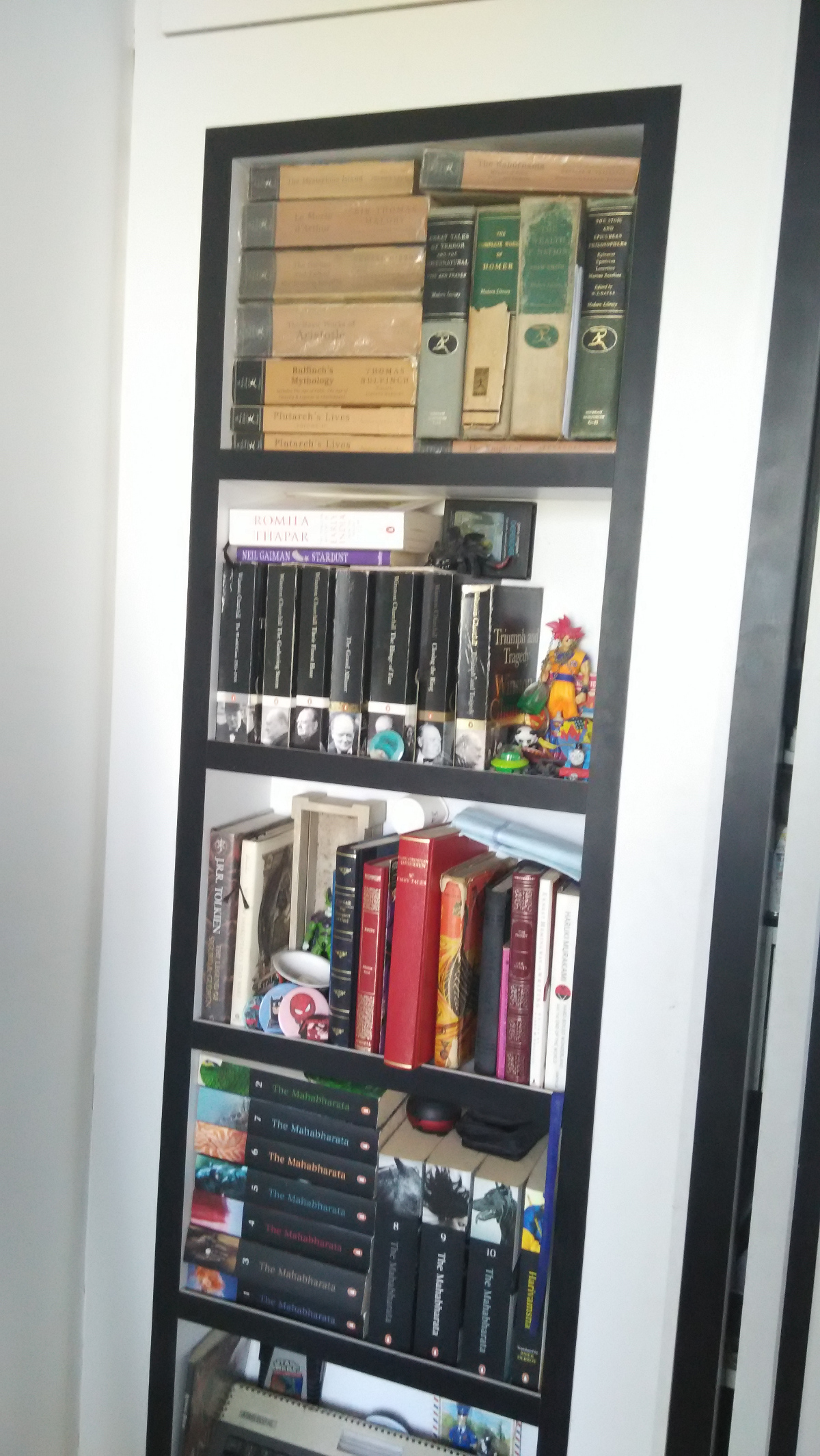 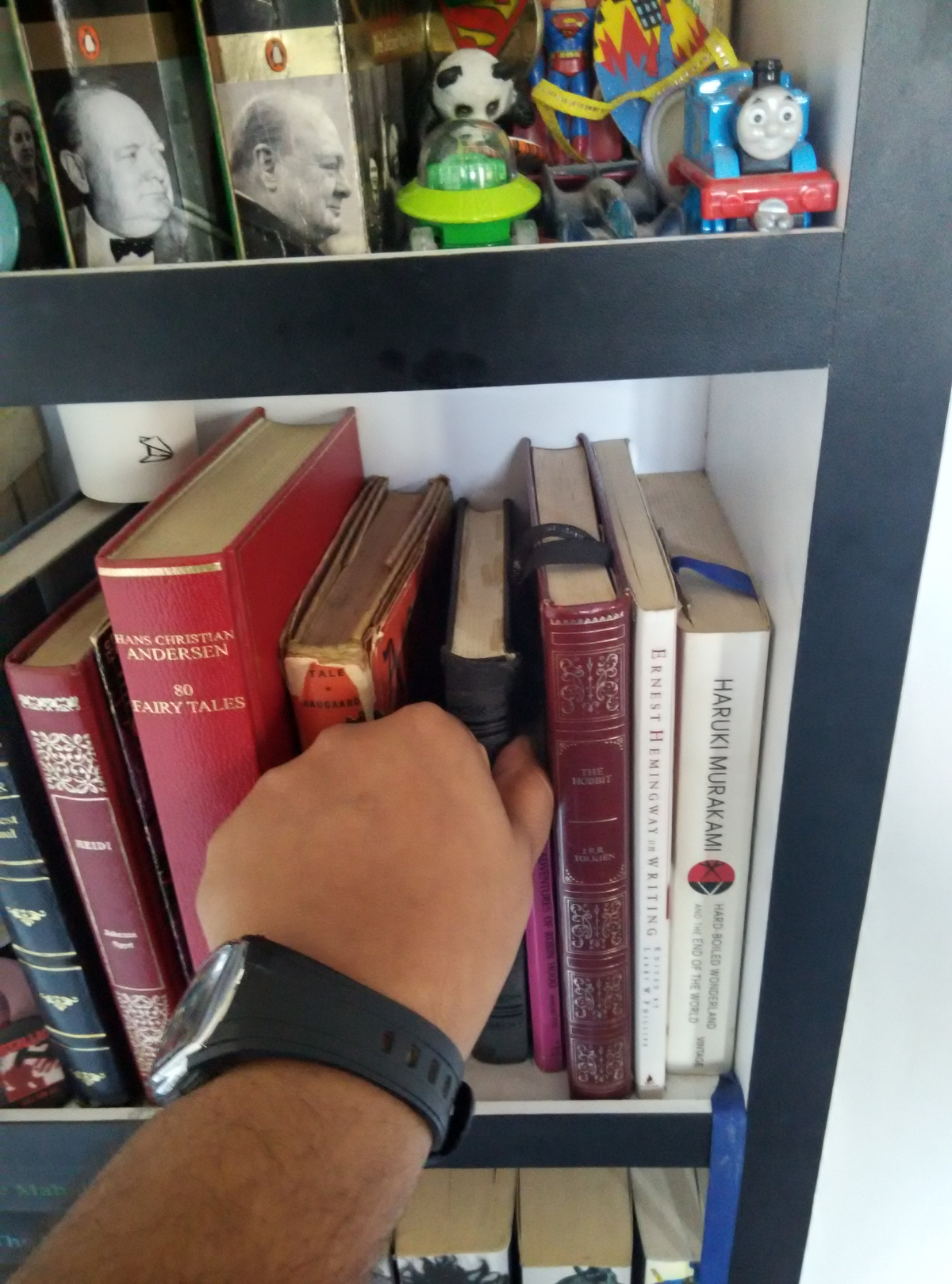 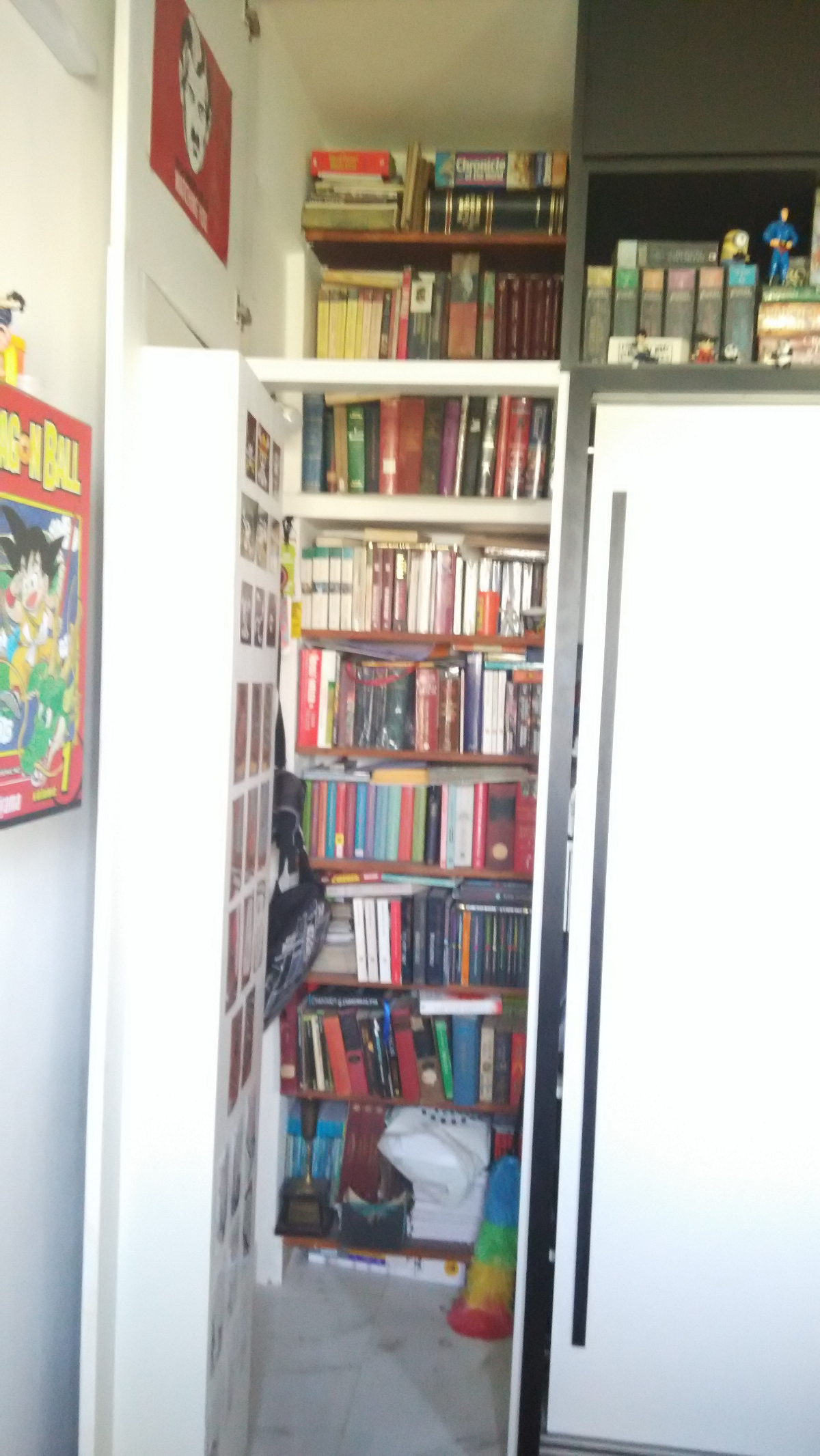 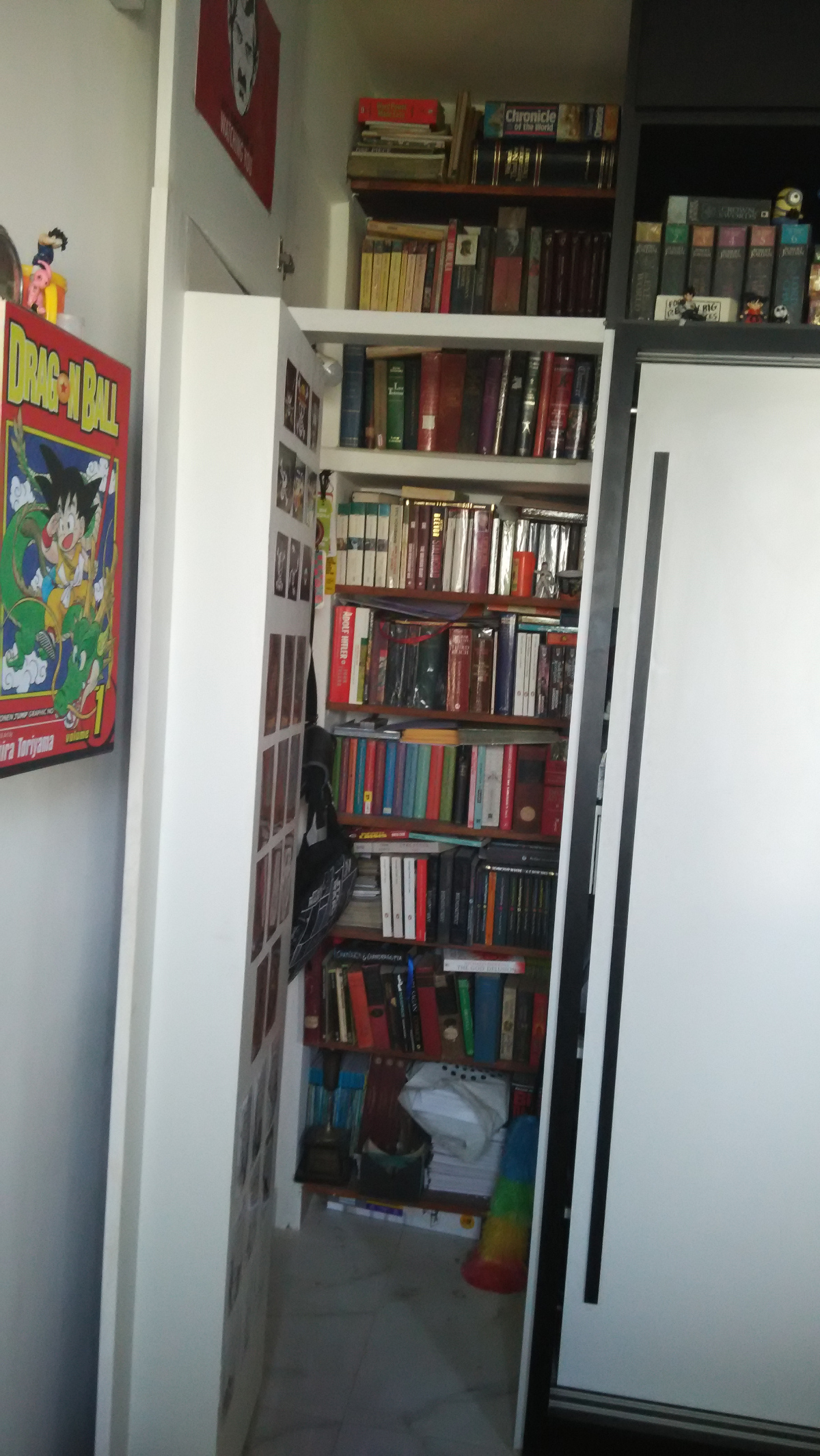 You seem to think I’m kidding. 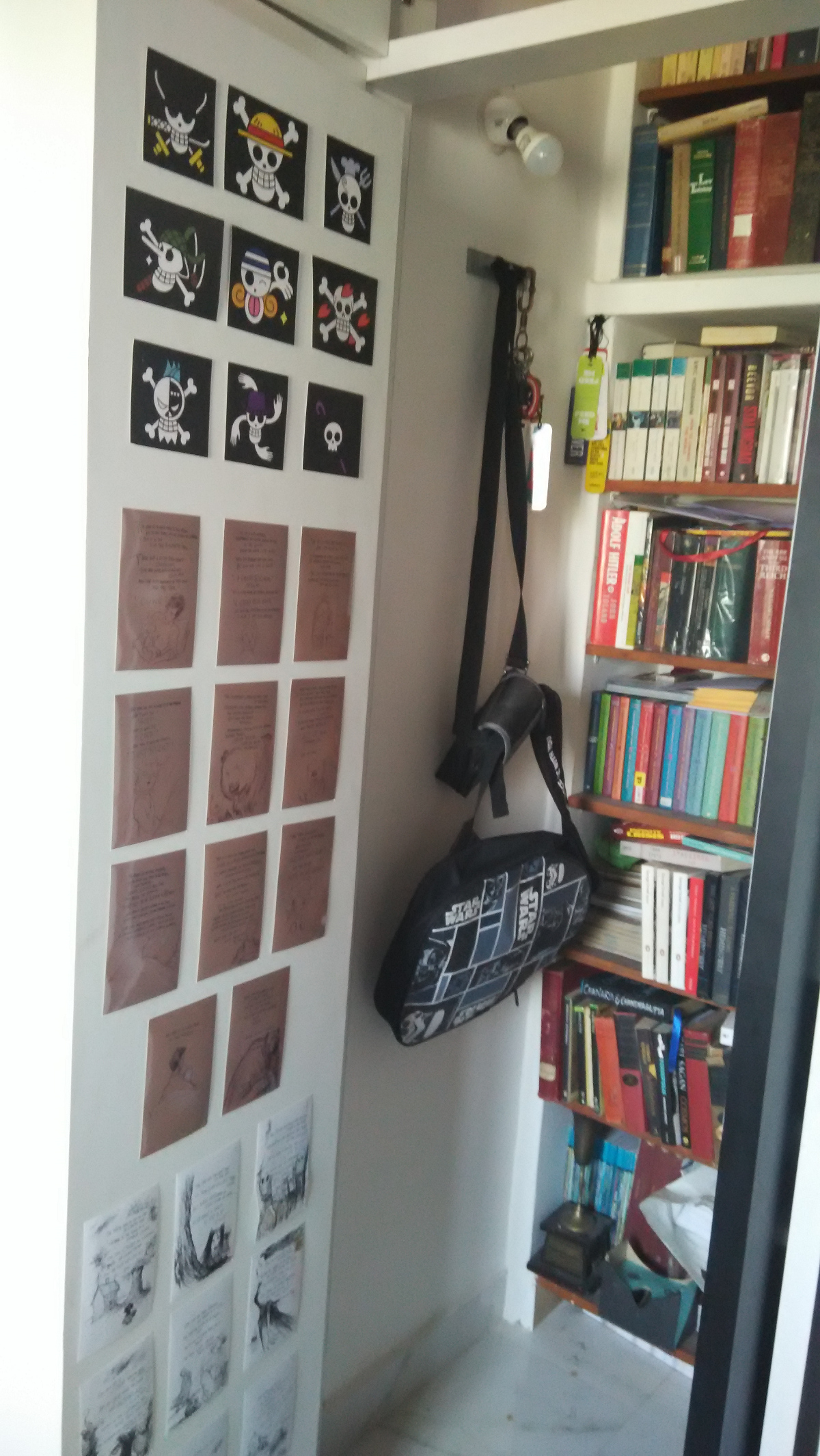 I most definitely am not. 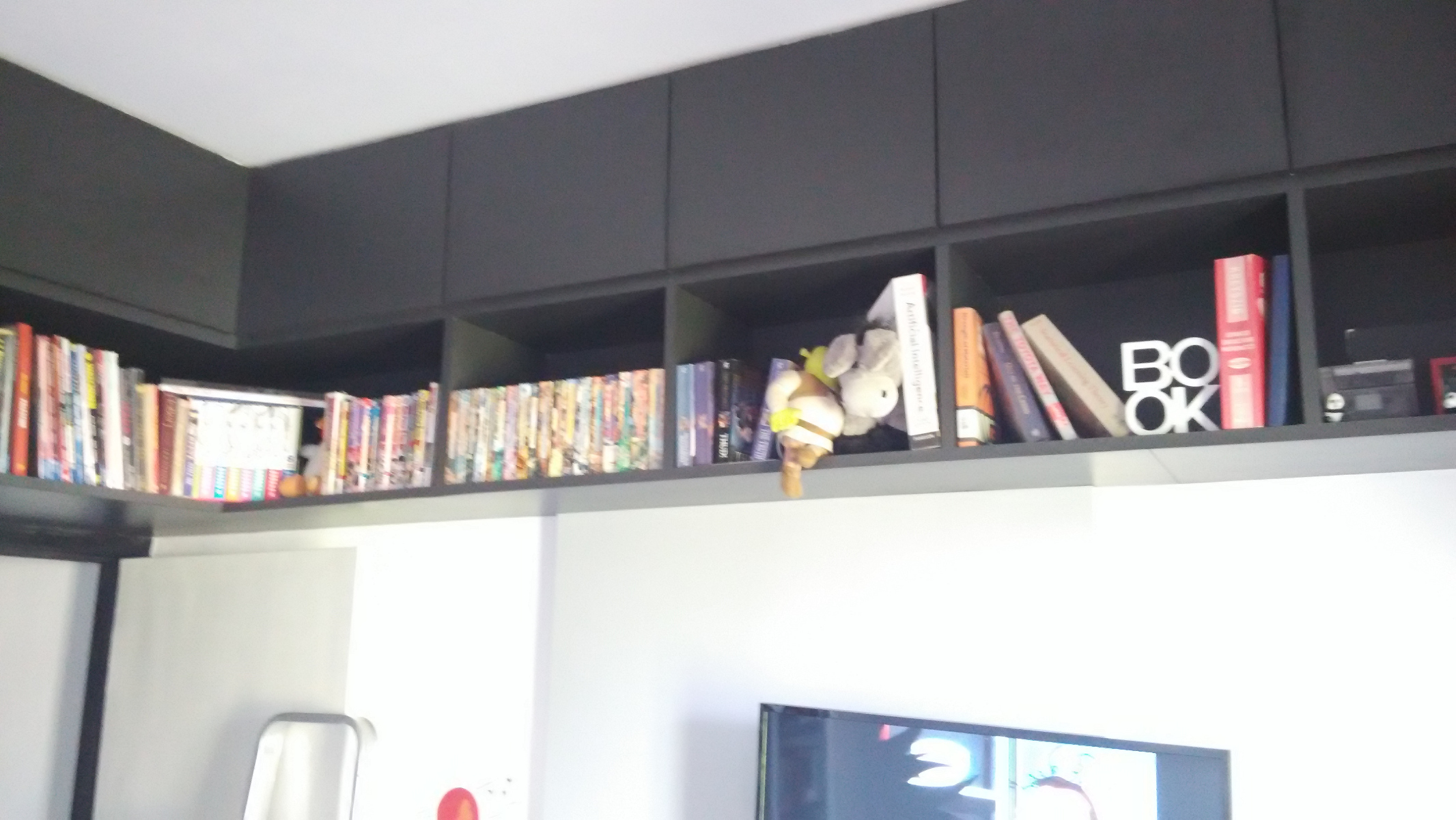 So you see, you understand what I mean. 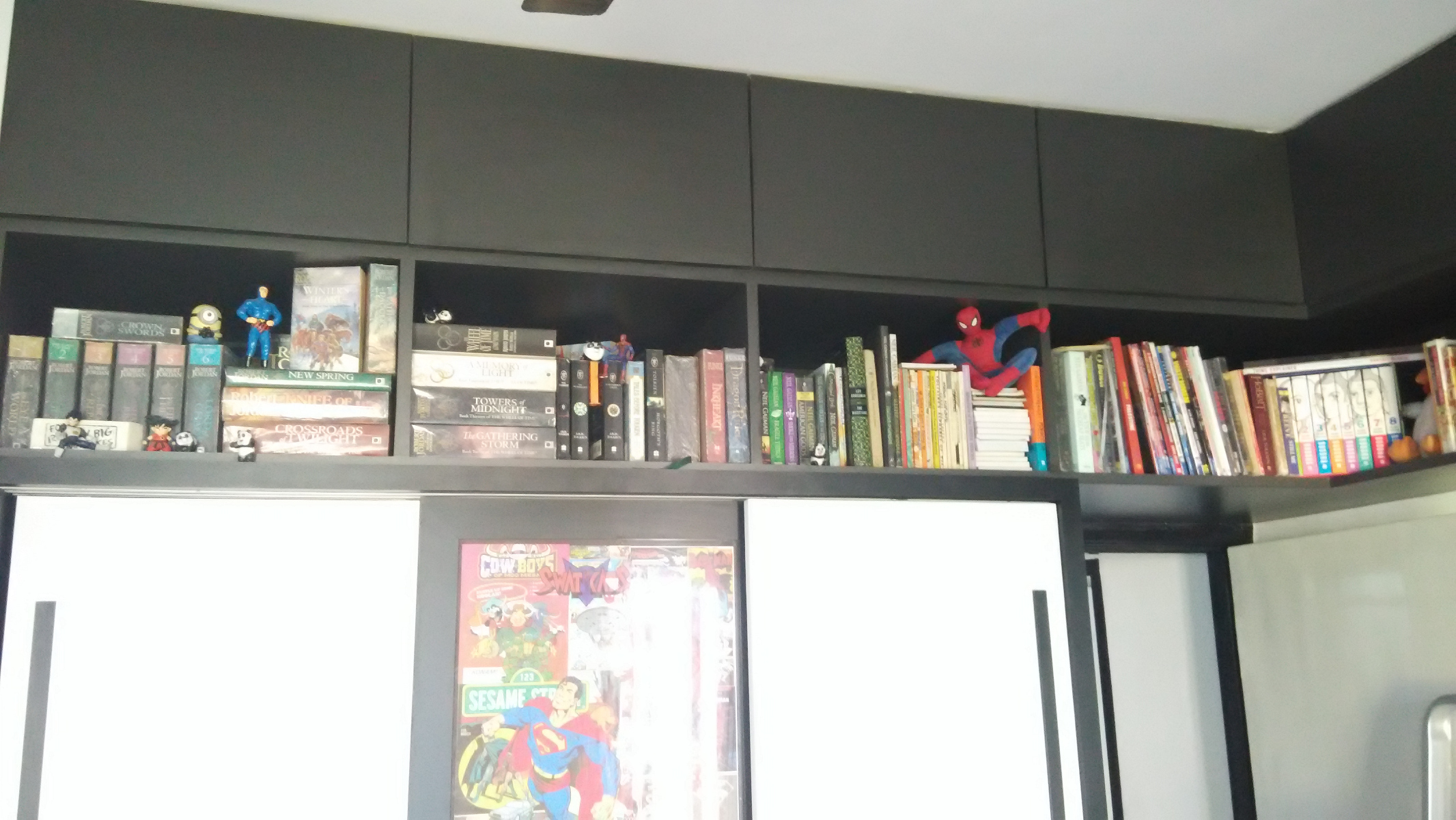 I should count all these, one day. 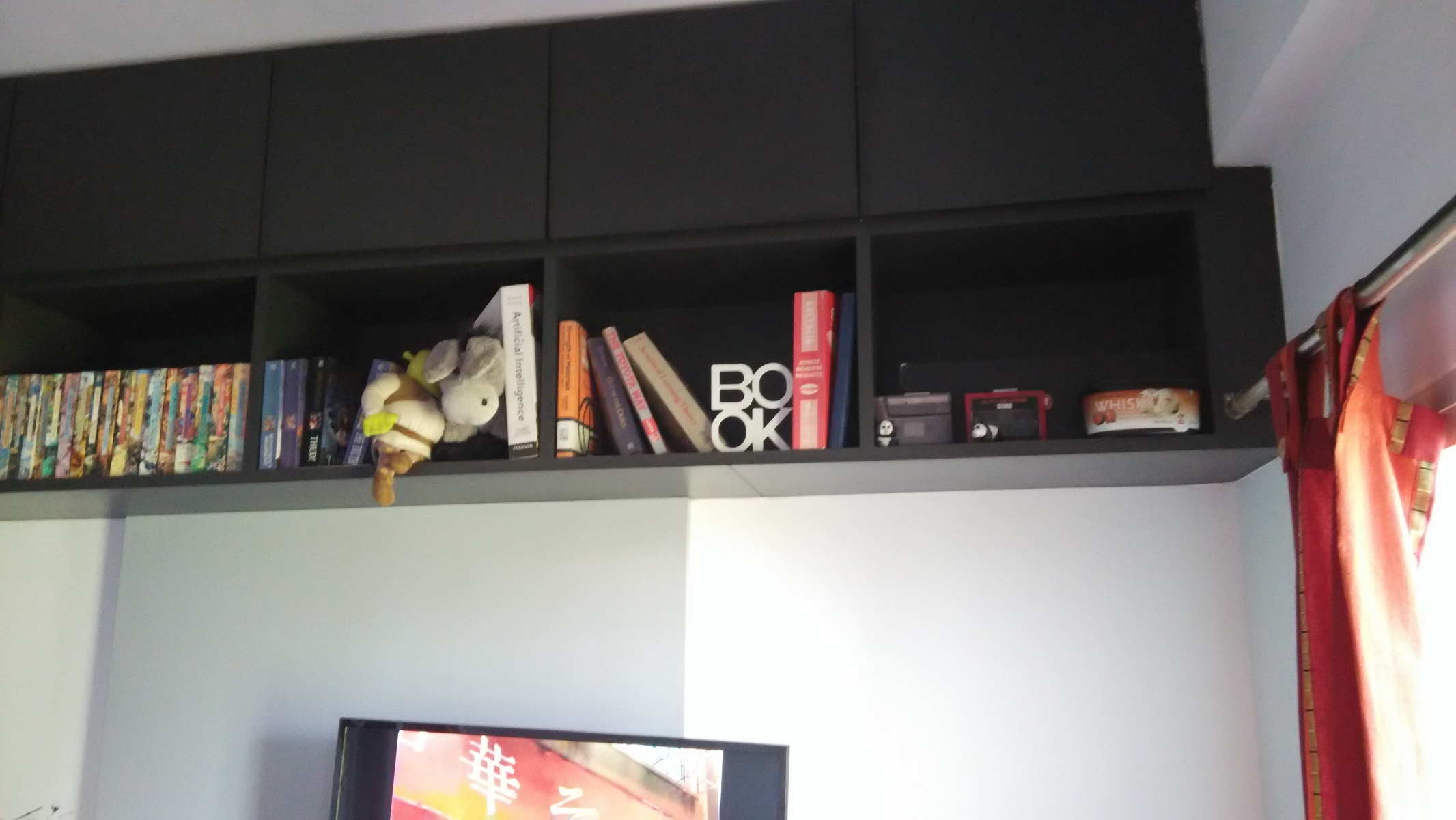 It becomes hard to find books sometimes. Case in point: I own two copies of several books.

I discovered the ESP8266 nodemcu chip a while ago, and it proved to be really easy to set up. So, using that idea, I decided to look up what I could build with a couple of them.

The first step, was sticking a series of WS2812B addressable LED strips along the sides of the bookshelf. This was a little easier where the top of the bookshelves were concerned. I was lucky that the total length was just under 5m. 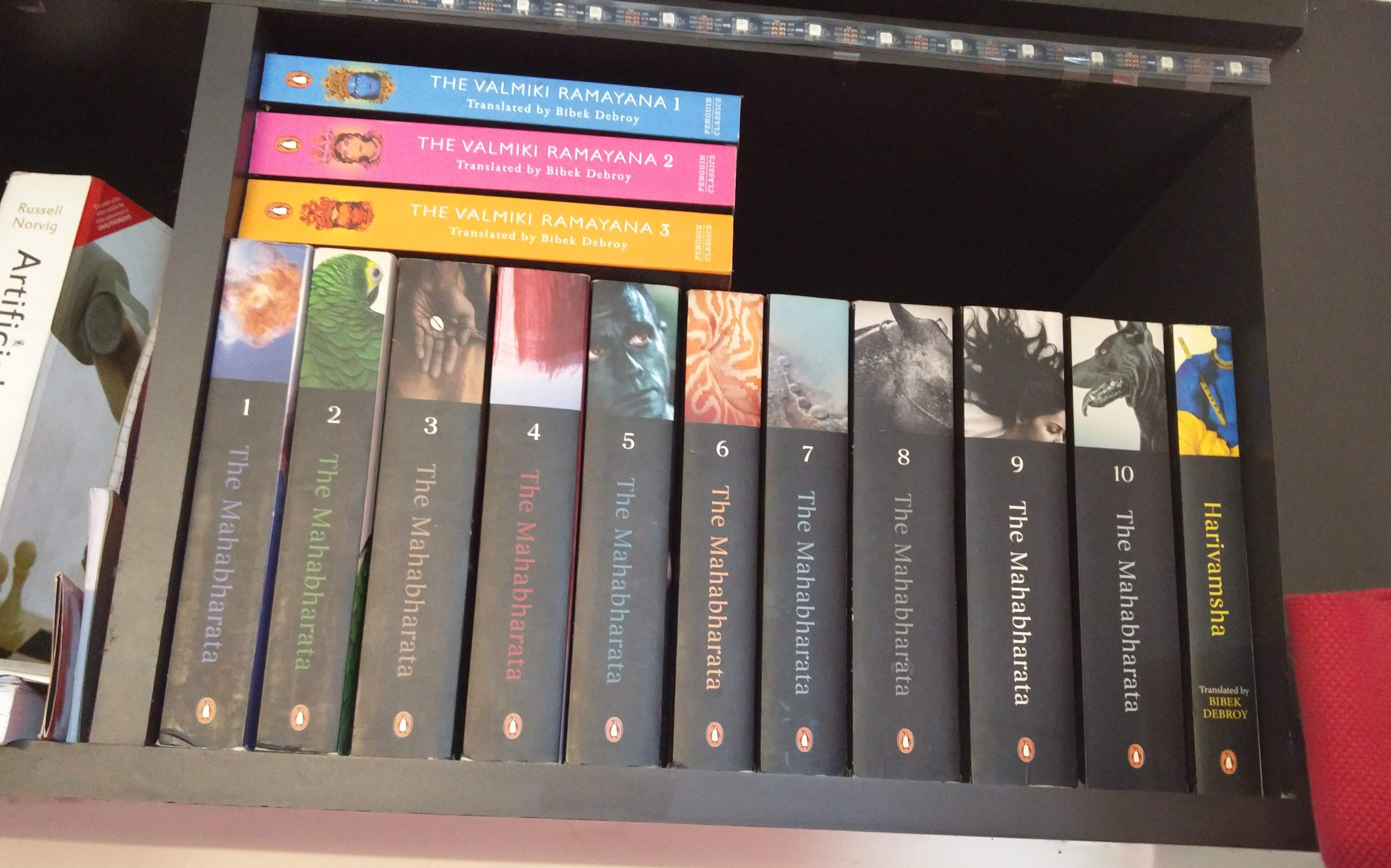 Once the LED strips were in place, the first plan of action was to get it working.

I had to cut and resolder the LED strips for the insides of the bookshelf, a feat easier said than done, because I’d never touched a solder-iron before. 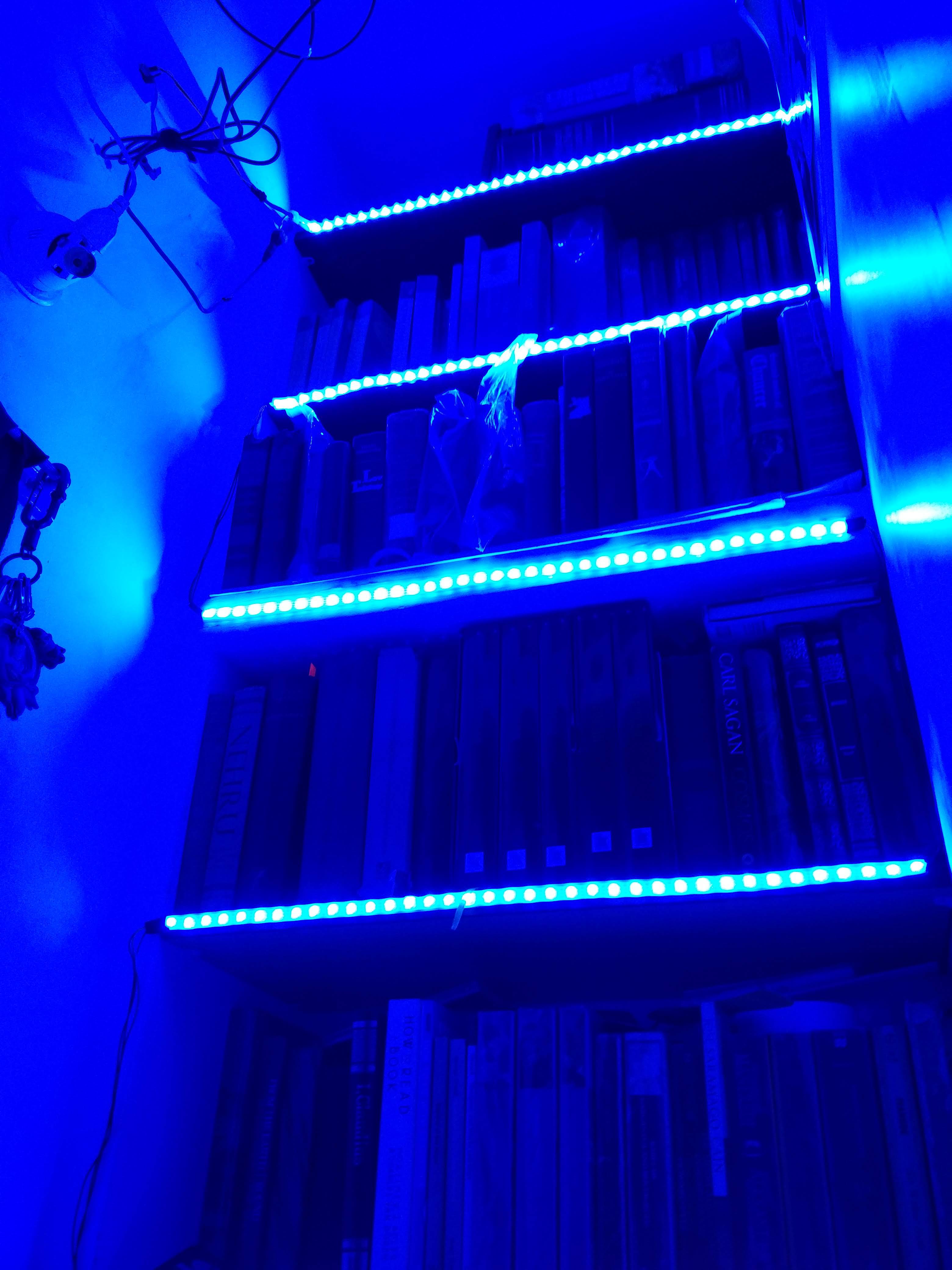 The blue light made the bookshelf look rather legit.

I never really paid attention during Electronics class. So I seemed to have goofed up where the circuit was concerned.

I seemed to have gotten something wrong with the circuit, and it turns out that I needed a 100µF capacitor between the inputs to the LED strip.

Let Me Worm My Way Out Of This¶

Once half-way there, I could slowly control the timing with a little precision. That allowed some interesting hijinks.

How Long Does This Take?¶

But I kept having the same problems, over and over again. Sometimes, the circuit worked, and at other times, it did not.

But once I managed to figure out the circuit’s power requirements, I had exactly what I wanted.

I need to organize this project better. This is where the Vial project stemmed from, and fulfilling that project will help the realization of the Shelfie project.